3 Epiphanies That Will Change Your Perspective On Life 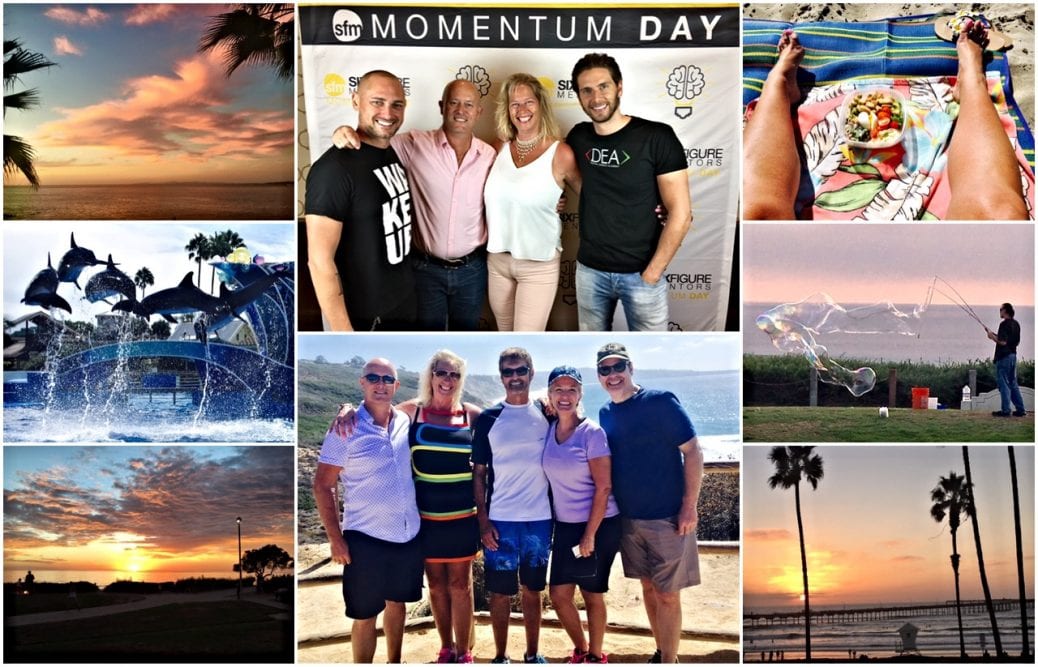 One Saturday in October 2016, when we had 3 months cruising in civilised San Diego, we cycled to Ocean Beach for a bite to eat. Over lunch, we read a blog post from our friend and mentor Jay Kubassek, which got us thinking…

You know how we drift through life – almost robotically – without too much thought of the consequences?

Allowing days to roll by, doing our best to survive each one, not being emotionally scarred from work?

Up until our work life came screeching to an abrupt halt…

Laid off, sacked, made redundant – with NO thanks, NO warning, and NO leaving party!

Chewed up. Spat out. Cast on the scrapheap of life (that's what it felt like!).

Now THAT… was a MASSIVE WAKE UP CALL.

It gave us a swift kick up our backsides and shook our reality to the core.

We did some serious head scratching, that lead to 3 epiphanies of our own which totally changed our perspective on life.

We want to share them with you today in the hope it will change your perspective on work and life too:

As both of us had fully invested in our three year University degrees we both “thought” we'd bought into a career for life. We (smugly) thought we were set for ever!

Greg even got a holiday job, two years in a row, processing student loan applications – which reinforced the idea for us that tertiary education required students to invest in their futures as the Government lent money to fund it.

For the next 25 years, we further invested in our Continuing Professional Development to maintain our professional qualifications (Accountant and Project Manager)

This reinforced the “falsehood” that we'd invested in a career for life.

That CPD training wasn't hugely practical because it was generally completed to ‘tick a box' as it didn't really provide worldly skills – only knowledge relevant to our roles at the time (is that really beneficial?).

The point is – we were aware of other income solutions (property investment, trading forex, contracting).

BUT… were so heavily invested in our careers, we were too damned proud to admit the careers we'd invested 25 years in, no longer provided the fulfilment, joy, and passion which make life meaningful. Let alone the lifestyle or a prolonged sense of achievement…

Does that make sense to you? Maybe it resonates with you?

Before we knew it, we'd “come to accept” we had to work long hours to earn a living – in essence, to exchange more of our precious hours for scraps of extra pay each year.

Sadly – we'd built a prison for ourselves – a ‘work prison'.

We didn't dare leave work before our bosses…

Because we didn't want to give them any reason to fault our performance in case we didn't get that expected year-end bonus we believed we were entitled to.

(BTW – getting to work early didn't count, as it's all about appearances, so we actually had to stay until after the boss left – so it was NOTICED).

We couldn't miss a day of work…

As there were always endless (boring) meetings to attend, to keep our bosses happy, so they could keep their bosses happy – all the while lining someone else's pockets.

(In the Accounting profession, the hourly charge out rate is usually more than triple the hourly pay rate! How's that for feeling valued?)

We had to negotiate for holidays we wanted…

Never taking them at month end – and always having to bargain to get the Christmas break off.

Haggling for time off puts a nasty taint on the holiday anticipation. Especially as those holidays were the only luxury in the weekly tedium that was slowly but surely wearing us down and sapping our spirits and our joy for life.

Then there's the work related travel we were expected to do, so we could be where our bosses wanted us to be – all the while keeping us away from the people we love most…

Can you see how all these ‘office practices' built up the belief that the only way to improve our lives was to exchange more and more precious time for pay rises, bonuses, and perks?

Which made it tricky to see the wood from the trees, right?

Such beliefs became our reality and we were blinkered to the fact we were perpetuating our own struggle, keeping us further and further entrenched in that ‘work prison'?

Maybe you know someone in the same boat?

Here's the kicker – we didn't realise, until that fateful day back in 2009, THE CHOICE IS ALWAYS THERE to take a different path if the current income strategy you're using is no longer working as you'd anticipated. The choice is ALWAYS there there to Design The Life You Love

Recall Einstein's definition of insanity?: doing something over and over again and expecting a different result…

We learned to re-skill, re-train and re-educate ourselves, even on a part-time basis – BECAUSE we'd already proven to ourselves we could excel in one career, and we'd learned a lot of lessons in life too.

So the penny finally dropped… there's nothing stopping us from learning another future-proofing skill – that is, learning how to market any product in any niche, online.

We learned to leverage our time so don't need to work the hours we used to (we run a business around our lifestyle and not the other way around).

We learned to work and holiday at they same time (it's how we can be in San Diego for three months, then in Australia for 4 months over Christmas, followed quickly by 3 months in Thailand to continue to avoid winter in London).

We learned to choose to work with we people we love – not with blinkered, negative, back-stabbing people who were trapped in a mire of mis-beliefs.

When you surround yourself by people who earn significantly more than you, a LOT rubs off on you. Seriously!

We learned to please ourselves and be happy, fulfilled and successful – simultaneously. Imagine that?

We learned how to leverage this digital age we're in – there are digital systems, digital skills, and digital technology which make things so much easier, which didn't exist even 5 years ago. (they're NOT even technical – which is the beauty of it all)

The Digital Age Is Upon Us

Far too many people don't realise their JOB IS INSECURE – for 3 reasons:

We're meeting people who understand the jobs they do now won't be around when their children grow up – so they're focusing on their kids' futures too.

Hope you understand the critical importance of this?

We share our three epiphanies, in the attempt to open your eyes to what's happening in the world around you.

WAKE UP to the choices you have today.

If the strategy you're using now is no longer fulfilling you and is no longer delivering the life you expected it to – Change It!

It's OK to have been in the dark up till now – but it's NOT OK to continue to fester in a ‘work prison' when you now understand you have an alternative.

An alternative where age is no barrier to entry.

An alternative where tech skills aren't necessary (but understanding human psychology is).

An alternative where you can leverage other people's time, skills, and expertise – like we do…

You know how time speeds up the older you get?

So how quickly will the next 30 years whip by – 30 more years of the same day happening over and over again – like Groundhog Day.

Stagnating in the status quo.

IMAGINE… you've been practicing the same career for the last 5, 10, 15 years.

What if you went into work one day and realised you could get a 2% pay-rise every second year for putting in the same long hours but with more responsibilities for the next 10, 20, 30 years and all you had to do was more of the same.

The same long hours, the same unfulfilling work, the same frazzled people, the same expectant boss, the same dumb meetings, the same lack of fulfilment. Anticipating retirement as it promises a break in the sameness.

Because, if you don't change anything, all you'll get is more of the same! That's a FACT.

What if you wake up one day and realise there's an alternative where you can make a small shift, take one small step each day, and re-skill, re-train and re-educate yourself – in a way that's a lot cheaper, faster, and more fulfilling than going to University?

What if you can ignite your passion for freedom, using the same digital business system as us.

Because, it's possible to Design the Life You Love, when you invest in your education, believe in yourself, and put in the effort (but way less than you did at Uni!)

Meet you on the beaches of the world 🙂