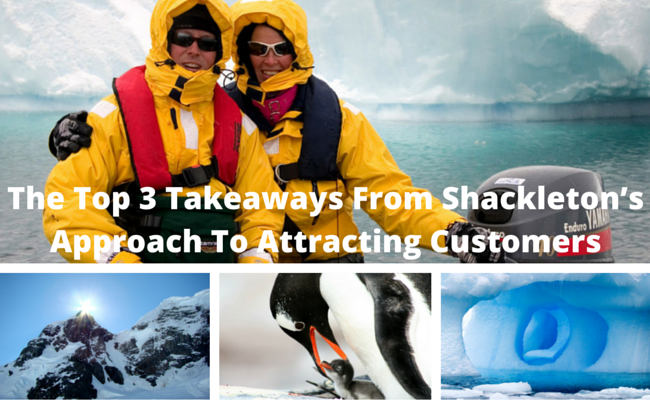 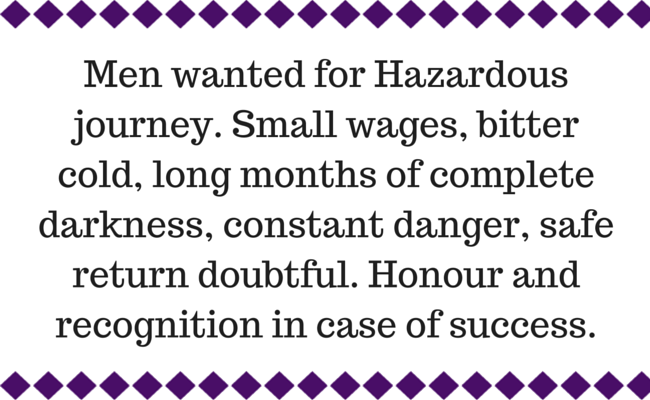 Who was the advertiser?

He was building an expedition crew of 27 men to sail the 350 ton Endurance all the way down to the frigid Weddell Sea, below South America, then travel 1,700 miles across the South Pole to the Ross Sea, south of New Zealand.

His goal was to be the first man ever to cross the entire Antarctic landmass, via the South Pole, since Roald Amundsen had just claimed fame as being the first person to reach the South Pole.

The rest is history.

We read his story as we sailed to the Antarctic Peninsula from the southern tip of South America in 2007.

The Endurance never made it to the Weddell Sea.

That year, winter came early, and with a vengeance. Pack ice closed in around the ship and “like an almond in a piece of toffee”, one crew member wrote. Shackleton, his men, and their ship, were stuck fast in the icy Antarctic for ten long freezing months, until the pressure of the ice finally crushed the ship like matchsticks. The Endurance sunk on 21 November 1915.

The stranded crew climbed aboard their three life boats and paddled to tiny Elephant Island. Shackleton, and five others, left the other men behind on Elephant Island to embark on a hazardous ocean voyage across 800 miles of the roughest seas on the planet, to seek help. On reaching land at South Georgia, the weary rescuers then had to trek across inhospitable terrain to cross the island and muster assistance.

What’s extraordinary about this story is: no lives were lost. The entire crew survived.

Shackleton and his men worked together towards a common goal with a common bond.

Shackleton had formed a crew of survivors . . . from that one simple ad in the London Times.

Do you understand what the point?

What On Earth Can Shackleton Teach Us About Attracting Customers?

When you learn from his approach, his angle, his motivation, you’ll happily place more targeted, compelling, qualifying ads that convert, because they target the right people. So you get ‘more bang for your buck’!

What that means is this:

You build a database of prospective customers who hold similar beliefs as you – which means a higher likelihood those people are interested in what you have to offer.

But let’s break it down further to:

The Top 3 Takeaways From Shackleton’s Approach To Attracting Customers

Shackleton was PASSIONATE about exploring.

So much so, he raised $250,000 from private donors, the British Government, The Royal Geographical Society, and from English schoolchildren – all whilst World War I was raging in Europe.

He wanted to attract people (financial backers, fellow crewmen, and followers) who shared his passion and beliefs. People who were a good fit for his expedition because their views and philosophies were aligned with his.

Hence the ad he run in the London Times.

He could’ve run an ad that read:

(Which, when you think about it, is how most job classified ads read!)

This ad would've resulted in a crew likely to have been mutinous, because there’s no connection between passion, adventure, and Shackleton.

So . . . if we were to promote our online marketing education with a view to attracting people who have the same beliefs as us, using Shackleton's approach by way of a classified ad in a newspaper or magazine, would we use Ad [A] or [B] below?: 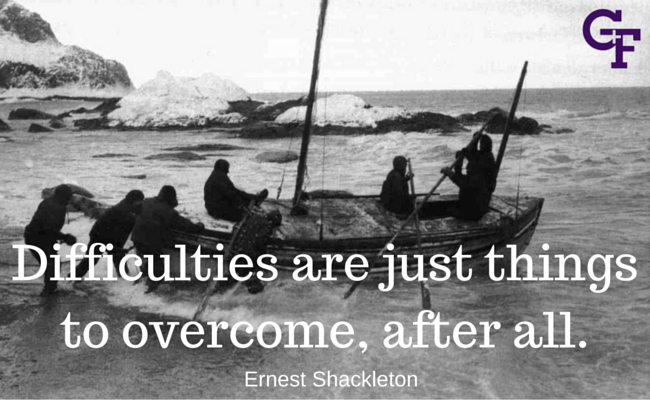 Shackleton’s ad mentions the RESULTS, the possible outcome, the “what’s in it for me”.

Results are a benefit, not a feature.

The fact is, most of us humans are emotional creatures, so our buying decisions are made based on deep-seated emotional triggers and NOT on logical thought – however we do justify a purchase, after the event, with logic.

So the benefits of a product or service will connect with us emotionally, but the features will require too much brain power for us figure out why we want that feature and how we’ll translate it into the influential emotional benefits. In other words, features might make us feel a bit dumb, as we have to figure out why they matter to us.

The features of Shackleton’s expedition are:

As an online marketer, it’s in our best interest to draw the connection between features and benefits for our prospective customer. Which is easy for us as we know the results ourselves because we’re having our cake and eating it too! We’re living the lifestyle we’re passionate about promoting.

So, to answer the benefit laden question “What's in it for me?” which focuses on the RESULTS of a rock-solid online marketing education: 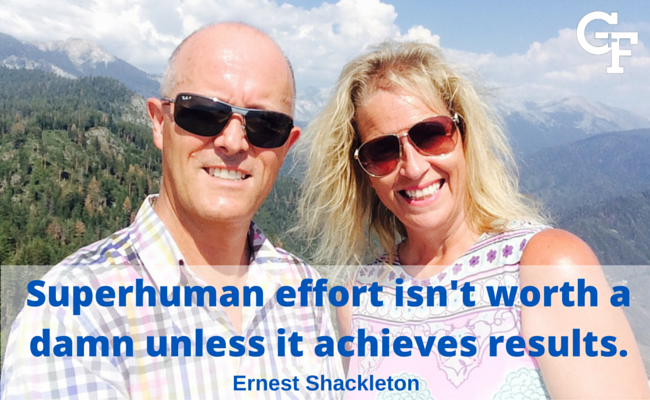 Shackleton was a Leader. No question. His passion for adventure and exploration meant he didn’t limit his skill sets to just that. He also was an advertiser, a fundraiser, a sailor, and above all, a man who lead by example.

When the Endurance sunk, and the crew were stranded on Elephant Island – Shackleton could easily have dispatched a party of crew members to seek help. But NO, he knew he had to take responsibility and lead the rescue mission personally, splitting the crew appropriately, and ensuring the men he left behind on Elephant Island were able to survive.

When it comes to leadership, actions speak louder than words, particularly when your values and your behaviour inspire others to follow the same path as you.

DON'T be sitting there thinking you have to be gallivanting round the globe working as you go in order to demonstrate success in your online business. Because to lead by example in the online marketing space, you simply need to demonstrate you’re rolling your sleeves up, putting in a focused effort to learn a future-proofing skill, and are influencing others by those actions. In other words, be prepared to share your results and lessons learned as they occur on each stage of your online journey.

As soon as you explain to people why it is you want to build an online business and create a business around your lifestyle rather than the other way round, they’ll find that VERY ATTRACTIVE (because they have the same interests as you) and will be willing to develop themselves similarly. 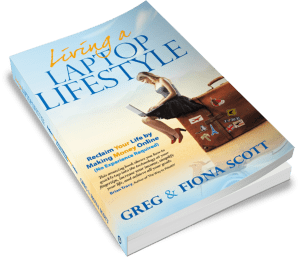 We demonstrated these qualities in LIVING A LAPTOP LIFESTYLE – as we shared our mistakes, failings, and successes. We established we have a genuine desire to openly help people, to value their ability to learn, and to support them in their efforts to change.

In a nutshell, to lead by example, as demonstrated by Shackleton, but in respect of creating a laptop lifestyle, is when you:

If you’re inspired by Shackleton to Start With WHY, share Benefits Not Features, and Lead By Example, we strongly recommend you leverage the proven digital business system we use to live a laptop lifestyle.

To do that we have an exclusive WEBCAST for you to watch, which is all about the Proven Steps For Running A Profitable Online Business.

Click This Link To Join Our Partner, Stuart, for a special webcast, which is specifically for you if you’re: