Have You Heard The Story Of Mr Guinea? 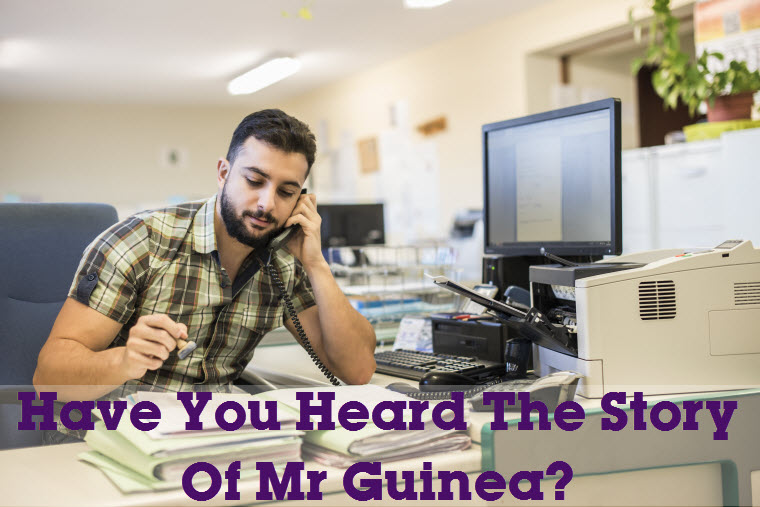 Home » Blog » EARN AN INCOME ONLINE » Have You Heard The Story Of Mr Guinea?

Have you heard of the story of Mr Guinea?

Maybe? Maybe not as Mr Guinea is a normal, personable, everyday sort of chap. However we’re willing to bet you'll associate with his story.

He likes mixing and mingling with others at the coffee machine at work and at client parties, so he’s no loner – but he’s not the heart and soul of the party either. He knows how to have a good time but he’s not the type that craves the limelight – do you know what we mean?

He’s loyal to a ‘T' and can be a little stubborn and pig-headed at times, but guess we’re all guilty of that every now and then (especially Fiona, living up to her true Taurus nature).  Most people would consider Mr Guinea to be the average ‘suit on the street', however he’s got that twinkle in his eye that makes him popular with the ladies 🙂

Mr Guinea entered the job market when times were hard, but he eventually found a rewarding job he truly enjoyed that matched his skills perfectly. He swiftly climbed the corporate ladder and life was rosey.

Then . . . the real world with its economic problems started to drown Mr Guinea’s spirits . . . but he battled on (he had no choice really – what was the alternative?) and managed to keep his job through the first wave of downsizing at his company.

A lot of the co-workers he’d become good friends with were no longer there to chat with at the coffee machine. He’d still meet them for a pint or a sandwich but the camaraderie had vanished – just like the joy and reward in his job. Office morale hit rock bottom and everyone just sniped and bickered at each other now.

What he’d originally viewed as a way of life, had deteriorated into just a means of making a living.

Pretty soon, the enthusiasm he once felt for his job dwindled. He noticed more and more outside investors visiting the office (they were the ones with the bespoke suits and Gucci briefcases) which made him nervous. He kept an eye on the job market just in case but there was anything there that interested him and paid well too.

Mr Guinea had always believed in following his passions – but now his focus was on just lasting another day.

After a few weeks, Mr Guinea got THAT call to his boss’s office – the one he’d been dreading for some months now 🙁

Thinking his worst fears had come to fruition, he felt a deep sinking feeling in the pit of his stomach. A tight, nauseating clench.

But . . . to his complete surprise, it was good news. The short, stout, spectacled boss said to him:

(What his boss neglected to tell him though is, there was yet to be a further downsizing!)

Now Mr Guinea is a very loyal person so he felt pretty bad about what had happened to his friends, but inside though, he felt quite chuffed he’d been good enough to survive the downsizing and gain a promotion. 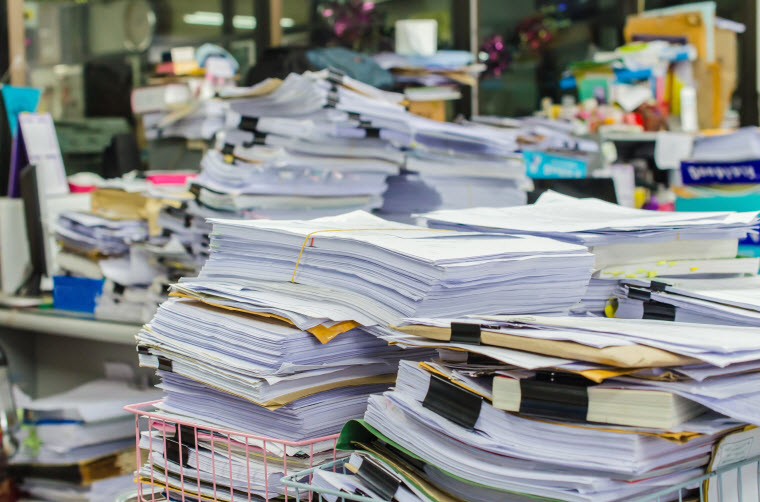 When Mr Guinea arrived for work on Monday morning he noticed he’d been given his own personal parking space, however it was worrying there were a lot less cars in the parking lot. He got a brand new office, though there was a truckload of paperwork waiting there for him on his shiny new desk. His new telephone kept ringing constantly.

It didn’t take long for Mr Guinea to sense something was quite wrong. He’d been ‘promoted’ but . . . there were a lot fewer co-workers in the department than previously.

It was almost midday when his new boss stopped by his office to welcome him to his new position and to invite him out to lunch. They went to the local Chinese restaurant where his boss explained the new position to Mr Guinea. It was then that he started to twig what was really going down – the penny dropped.

His boss said to him:

“I've kept you on board because I like you. It was tough letting the others go, but I'm glad I was able to keep you.”

Changes had to be made to keep up with times, and salaries had to be cut, but the boss said he would be working with him more closely. Mr Guinea understood what the boss was really saying was: he was going to be doing the work of 3 people but earning the wage of one!

His boss continued, perhaps sensing that Mr Guinea was ‘reading between the lines’, and said:

“You're an asset to the company and things will soon pick up. I'd like him to see things through with you”.

Mr Guinea knew he was doomed when he heard that.

Time at work dragged by and his hours grew longer, but being on a salary, there was no financial reward for these extra hours. He was so busy at work all the time… his family life suffered.

He missed two dinners in a row one week.

He fell asleep in next to his wife as they watched telly – frequently. 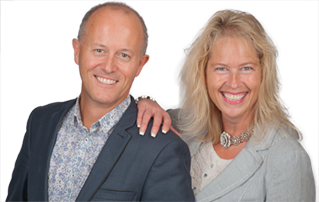 One day, he met one of his old co-workers coming out a fancy restaurant. She was with her husband and both were smartly dressed, tanned and smiling, looking very happy with themselves. They chatted briefly about the three month trip they were about to take, all because they'd set up an online business that earned passive income.

He’d had enough! He saw red! He realised there had to be another way to earn a decent income and be present with his family at the same time – he had to learn how to market any product or service online like his ex co-worker was doing.

So, the next time his boss came in the room to issue a whole bunch of instructions, Mr Guinea interrupted him, grit his teeth, and said to his boss:

“I'm not sure if you're aware my life has been a living hell since getting that so called promotion you gave me a few months back.”

“It's aged me, robbed me of precious family time, and sapped my joy for life.”

Mr Guinea walked out, wearing a smile not unlike the one his friend had worn earlier. He pointed at the mass of paperwork on his desk and told his now ego deflated boss: “You deal with it!”

Mr Guinea set up an online business, with the help of an ex co-worker and The Six Figure Mentors

It wasn't easy by any stretch of the imagination, as he was learning an entirely new skill set – but he was learning from progressive, supportive, forward thinking people, which made it a joy to learn. He also had all the tools and training at his finger-tips, so he could learn and grow from the comfort of his own home in his own time frame.

His only regret – he wished he'd listened to his ex co-worker 6 months earlier, and started his online business then, to have avoided all the stress placed on him and his family!

Now, he's never missed any more of his son’s football games, or a last-minute holiday opportunities – and certainly hasn't missed getting stuck in traffic driving to work.

Thank goodness for the step-by-step digital business private training system that is the Six Figure Mentors.